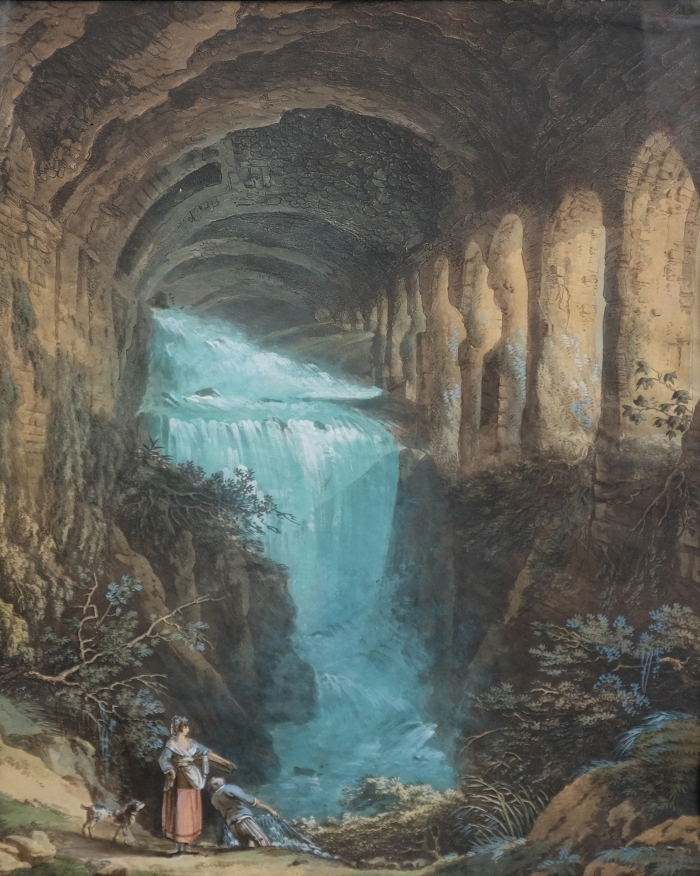 Waterfalls in the Villa of Maecenas at Tivoli

Colour etching heightened with white and grey. In a mahogany frame and black and gold painted passe-partout. Few pieces of veneer damage to the frame. Dimensions including frame: 73 x 62 cm.

This image of the waterfall in the 'villa of Maecenas' in Tivoli is a good example of an etching that appeals to the admiration for classical antiquity in the 18th and 19th centuries. We cannot trace the maker of the work, there is no signature and we were unable to find a comparable work in literature. The beautiful scene has clearly been influenced by artists such as Ducros or Hackert: the water comes down collapses impressively, at the foot of the waterfall a fisherman with a woman and a dog: the figures emphasize how small man is in relation to the natural force of the water and the grandeur of classical architecture. An image that inspired many Grand Tourists on their journey. For example, the Dutchman Baron van Spaen had a 40-meter-high waterfall constructed on his return from his Grand Tour. In this image we see the water flowing through what was then referred to as the stables of the villa of Maecenas in Tivoli, just outside of Rome. In reality these are the remains of an old temple complex. The etching comes from the collection of Dutch archaeologist and historian Herre Halbertsma (1920-1998). 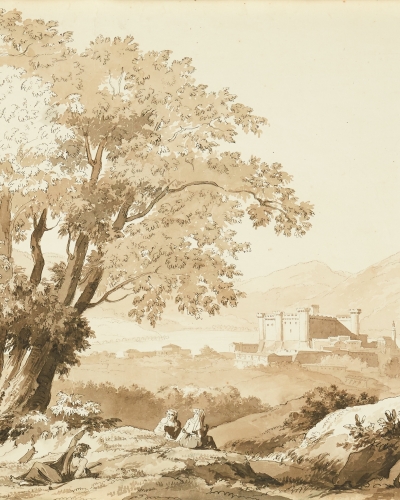 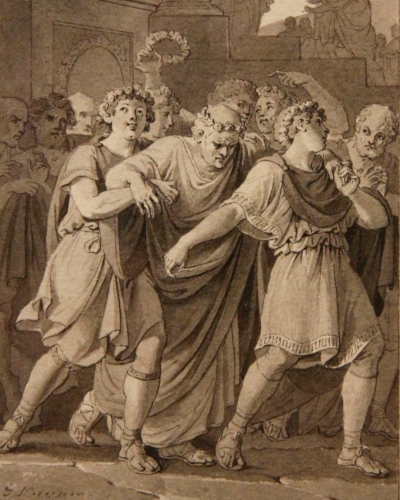 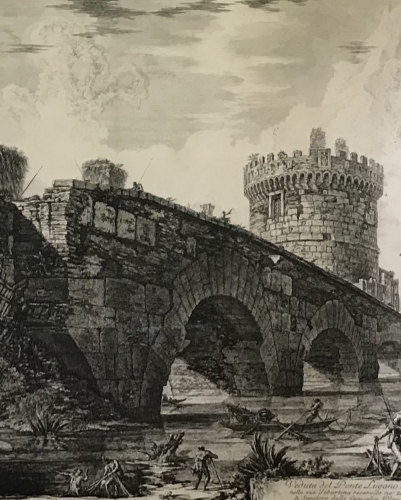 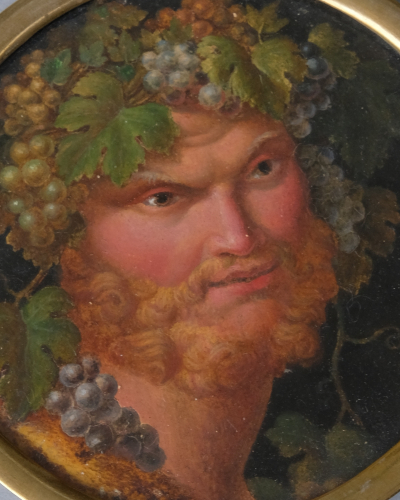 Miniature painting of Bacchus
€ 1900
Follow us
News
Site by Artimin